Why Fun is Essential for Serious Leadership 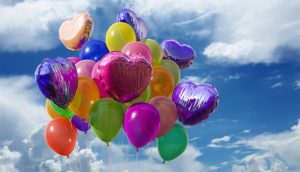 I came across my old school report book recently, perfectly preserved in a pile of assorted memorabilia from the last century. Whichever way you read it, even through the rosy glow of nostalgia, most of it makes pretty grim reading.

Take this quote from my teacher, Miss Pearson, dated 4th Feb 1971. “Adrian thrives on being the centre of attention”. Or, from Mrs Wright, dated 11th Nov 1972. “Adrian wasted his first term this year talking and acting silly”. And, even worse from Miss Hewitt, Feb 1973, “Adrian makes no real effort with any aspect of his work and seems content to chat to others and to sprawl across his desk and chair”. Ouch!

Well, here’s the confession. I’d like to say I’ve changed. I’d love to say that that attention-seeking, silly acting, chit-chatting young day-dreamer bore no resemblance to the serious-minded, mature, studious, knowledgeable, responsible professional of today, but who am I kidding? I’m still the same person!

So, how did that clearly dreadful boy of the 1970’s manage to become a much-respected leader of very large, national teams? How did he manage to carve out a reputation for having the most engaged people, the most productive, the team that always hit their targets, the team with the least sick absence, the team with the most tight-knit group of happy, effective people?

Well, perhaps my erstwhile, and long-suffering teacher, Mr Denvers, hit upon the answer when he wrote, in June 1974, “I’m pleased to say Adrian has settled down and is beginning to realise there is a time and a place for his antics, admittedly it is only harmless fun”. Take a bow, that man!

From an early age, fun was top of my agenda. I liked people to be happy; it made me happy, too. And when, in the late 1980s, I began my career in management, I quickly learned that happy people made for a settled team, a focused team and a team which invariably delivered, usually exceeding expectations.

But, while my sense of fun hadn’t changed, the way I used it had. It wasn’t the sort of fun I was engaged in at 7 years old. Fun was now focused in developing people to be great at what they did. It was used in finding ways to delight customers, to provide a first-class service and then to celebrate when we achieved this.

We would often introduce challenges in the team, friendly competition to achieve targets. Having fun was thinking up games, which had the effect of driving even higher standards while people had the fun that comes with taking part in these ideas.

Fun was also about seeking to understand my people. Finding what their motivations were, what they looked for in their work, aligning their aspirations to those of the business, finding out about them, their families, their hobbies and interests. Discovering their source of joy.

In so many circles, particularly in business, fun is trivialised. Work is so often perceived as a serious business and, of course, sometimes it can be. But there is little that can’t be accomplished more efficiently with a smile on our lips.

In an economy where there are truly so many switched-off, frustrated and disenchanted employees, who feel under-valued, unappreciated and often just a number in an organisation, leaders could achieve amazing results by utilising their sense of fun. It isn’t trivial, it isn’t a ‘nice-to have if we only had time’, it’s absolutely essential to the long-term health of the workforce.

Fun is a serious business. Use it more and see the positive effects on your colleagues and teams…seriously!

Leaders – just be yourself (everyone else is taken!)

Fancy Doing Things a Little Different in 2020? Here’s How…