Leaders – just be yourself (everyone else is taken!) 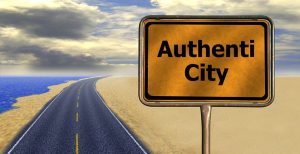 I was chatting to a former colleague the other day about the leaders we’d worked for in the past. When I look back over my long career, I know I was very lucky in working for and alongside some of the very best leaders, who unfailingly were able to get the very best from me.

They were a quirky bunch, my erstwhile bosses. There was the one, for example, who was so ‘careful’ with money he would bring a cold potato to work, microwave it in the office oven, then wrap it in foil and take it home for his tea.

There was the one whose time management was so bad she was always late for her own meetings, then at the end, didn’t actually finish the meeting, just abandoned it when all but her had had to leave to catch their last train or flight home.

I also had a boss who didn’t actually know how to finish a phone call. He would be perfectly friendly and chatty, but when he’d said what he wanted to say, simply put the phone down, leaving you to guess at whether the conversation was finished or if he’d been cut off.

But I prospered under those leaders. For, they all had one thing in common. They were their authentic selves. They didn’t pretend to be something they weren’t. They didn’t subscribe to the tired, unimaginative ‘command and control’ type of managing, but invited feedback, even constructive criticism as to how they could be better leaders.

In recent times, the phrase ‘authentic leadership’ has gained in both usage and credibility. Much of this was down to the book of the same name, published by Bill George, Professor at the Harvard Business School, back in 2003.

The book proposed a new kind of leader, whose character was the ingredient that mattered most—more than characteristics or style. It also challenged older models of leadership, including the “great man theory”, the idea that the best leaders possess natural charisma, intelligence and wisdom. Co-incidentally, someone I met earlier this week told me that great leaders are born, not made. Clearly, such 19<sup>th</sup> Century ‘wisdom’ is still alive and kicking!

It further recognised that being authentic as a leader takes hard work and years to form. As with all learning the key quality that all authentic leaders need is self-awareness, to recognise their shortcomings and listen to trusted colleagues who can constructively point these out.

Leaders are strongly encouraged to explore their personal life stories in order to understand who they really are. For me, this advice helped me massively in knowing how I wanted to lead. It came from a long-standing desire to help others to better themselves and I can trace the origins of that passion right back to my childhood.

The importance of seeking honest feedback from peers and subordinates is also highlighted. It’s always difficult to see ourselves as others see us and a good leader will actively avoid surrounding themselves with loyal sycophants, who will only tell them how well they’re doing.

But, more than anything else, for leaders to truly lead happy, motivated people, they must lead with purpose. They need to define and articulate what this is and ensure their people are bought into the same purpose. This is the very essence of good leadership.

The UK’s workforce needs authentic leaders like never before. The shift in attitudes to work, hierarchy and authority mean that leaders can no longer rely on their subordinates to work for them out of respect for their position or power.

What’s needed now is to focus on helping leaders gain a deeper understanding of how to be themselves and harness that individuality alongside modern leadership tools and techniques, rather than the more authoritarian styles of old. In this way authentic leaders will be able to create better lives for everyone they serve.

Why Investing in People cannot be Optional

Why Fun is Essential for Serious Leadership