Silence – the one thing we can all contribute more of 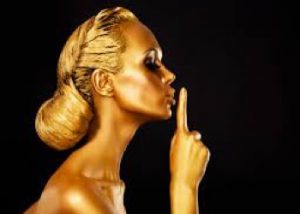 As the fall-out from the referendum result rumbles painfully on, it seems we’re all in serious danger of having our collective ear-drums perforated by the cacophony of strident pronouncements clanging and crashing all about us.

In droves, people are now fleeing Facebook, if not the country, dodging the news media and doing their level best to avoid hearing about ‘that’ subject.

And why is that? Not, apparently, due to any lack of concern as the storm continues to rage, but in the ever-receding hope for peace and quiet, a little reflection, perhaps, some precious thinking time to let it all gradually sink in.

In a society seemingly built on the ‘he who shouts loudest’ brigade it may seem faintly absurd to suggest that giving the vocal chords or keyboard fingers a rest may be the most effective way forward, but such is the power of silence that it behoves all who genuinely seek to bring order from chaos, positivity not cynicism and unity, irrespective of personal opinion, to consider the unique and wonderful energy silence alone can generate.

Of course, for thousands of years the special perspective noiselessness can bring has been understood and harnessed through meditation. Little wonder, then, that so many people nowadays, regardless of their religious or spiritual beliefs, are turning to this practice to calm their mind and spirit and let go of their daily stresses and troubles.

But a little hush can also be used very effectively in our everyday interactions. When we are alone and quiet we have space to turn our thoughts and focus inward, we can switch off our ego and use that precious time to reflect and ponder, often gaining renewed clarity and boosting our energy levels.

And silence is even more enriching when in company with others. In a normal conversation, thinking before you speak, allowing the other person time to articulate thoughts or feelings and both being comfortable in pausing during the discussion usually leads to a greater level of understanding and appreciation between people.

When coaching I use silence on a regular basis. It provides a tranquillity which helps individuals dig far deeper in exploring their innermost feelings, finding solutions to their challenges, or question themselves, discovering things they didn’t realise or, simply, to enjoy some time to breathe, physically and mentally.

This is something I agree with clients in advance, as sometimes silence can be uncomfortable, which is why so many often seek to instantly fill the void with chit-chat or other background noise. But where trust and mutual respect exist, so much can be achieved simply by saying nothing.

I find it fascinating sometimes to observe people together in social situations, having ‘quiet moments’. If you look carefully, you can usually differentiate between the folks who have just run out of things to say and the ones who are simply enjoying the company of the other, comfortable in allowing a natural stillness to further enhance their time together.

This reminds me of a confession my elderly great-aunt made to me many years ago. She told me that when she’d first met her future husband, she was struck by his quiet persona. She swiftly concluded that he must be the ‘strong, silent’ type, like John Wayne or Gary Cooper.

Alas, it was only after marrying him that she realised that the reason he didn’t say much was, in fact, because he had little of any interest to say. I suspect my great-uncle may have countered that he usually couldn’t get a word in edgeways but sadly he never got to say it!

So, and accepting that silence can occasionally be awkward or, with some, unavoidable, let’s reflect on its positive power, too. And in a world which appears to get louder and louder, our occasionally creating an oasis of peace and stillness could be the best gift we can give, both to ourselves and others…Ssh…!!

Coaching or Mentoring – what’s the difference…and why it matters.

Are we witnessing the end of true Leadership?