How to Truly become an Overnight Success 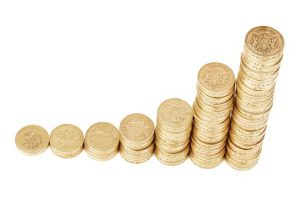 One of the many interesting features of running a business is the plethora of people around who want to help you to become successful. Hey, I am one of those people, so, in theory, I’m being helped to help you to help others, as well as yourself!

How is this ‘success’ measured? Well, according to most of these very helpful people who write to me daily for purely altruistic reasons (?), there appears to be an almost universal acceptance as to what constitutes success. They’re along the following lines:

OK, I might as well confess, I have a problem! Because, on the above measures, I may as well get my coat now, I haven’t a prayer. I obviously don’t have what it takes to be a success. Why not?

Well, firstly, if I’m going to really delight my customers, serve them completely, ensure they’re getting exactly what they want, then surely enough has to be as good as a feast, right? Unless you’re either Superman or have an army of helpers, which is unusual in a small business, you only want to have as many clients as you can provide your personal time, dedication and attention to, which is an absolute ‘must’ in the service industry.

Then, there’s the problem of earning ‘loadsamoney’. Try as I might, the idea of earning great oodles of lucre doesn’t fill me with joy, it never has. I’m not trying to be superior here. I like a comfortable life as much as the next person, with enough food in the cupboard and not worrying about the gas bill, but what will I do with the rest?

Sadly, I can’t seem to get rid of it on my excessive lifestyle. I mean, how much does it cost to walk, to dance, act, read or write? Damn, even watching my local Rugby League team is an inexpensive pastime, unless you count the required paracetamols and stiff drink needed after some of their performances.

And then there’s the work ethic. Perhaps it’s me, but because I love what I do, I don’t want lots of time off. I like an occasional holiday but only as a change. I don’t need to unwind because I’m not wound. Neither do I need to get away from it all, as I really like the ‘all’. My work is an integral part of my life, it’s who I am, it’s what I do. Do I really need to cut down on hours and effort to be classed as successful?

Thankfully not. The truth is none of the above criteria are real measures of success. How could they be, when success is the journey, not the destination? And if you’re on the move, then you’re winning, simple as that.

So, what is the true measure of success? Well, there are many interpretations and myriads of definitions but, almost universally, true success is measured in just two ways, being happy in what you do and making a positive difference to other people. That’s it?

Well, stop and think about it for a moment. When do you really feel successful? OK, there may be that fleeting frisson of triumph when you land a big contract, get a new car or book a dream holiday.

But compare that to the feeling you have when you’re doing something where you never notice the time because you’re so engrossed in the work. And how do you feel when someone says a heartfelt ‘thank you’ because you’ve served him or her completely and helped them find a solution to their problem. How successful do you feel when that person refers you to someone else on the strength and effectiveness of your service?

So, with due respect to some of my helpful friends, becoming an overnight success is simple, and available to everyone, irrespective of how clever they are. First, you must be able to love, or at least like, what you do. Second, your efforts need to be focused outward, to help others benefit in some way, no matter how small.

And, as a further incentive, if one were needed…many recent surveys have proved that ‘successful’ people who help others, live longer themselves, so everyone wins.

So, if you truly want to become an overnight success, you can begin right away tomorrow, have fun!

How to be Extraordinary

How up to date are your Roadmaps?