How to be Extraordinary 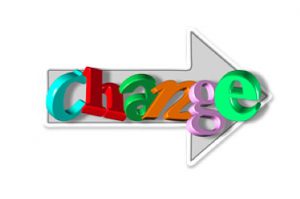 I’ve always loved a chat show, it’s the endless fascination with people and their lives, I guess (or am I just nosey?). Nowadays, it seems that celebrities who’ve made a name for themselves in another area of expertise get asked to host a talk show. That’s not necessarily a good idea. John Bishop may be a great comedian but he can’t stop interrupting. Maybe we should begin a campaign to get Michael Parkinson back!

Actually, my favourite chat show host was the late Russell Harty. Previously, he’d been an English teacher at Giggleswick Grammar School and, on his show, he still sounded like one. A bit pompous and pretentious, he took a pride in running a tight ship, keeping his guests well behaved and in their place. That was until he had Grace Jones on his show and she got fed up of him ignoring her and promptly started walloping him!

These chat shows always appeared to have extraordinary guests on. That is, people who seemed to be able to tell amazing yarns about their life and work. I used to think that to appear on a chat show you had to have an incredible back story and I would genuinely marvel at other peoples lives, viewing mine as somewhat mundane and drab by comparison.

This perception changed when I began coaching. In some ways coaching is like being a good chat show host. You ask a searching question, and then shut up until the person has responded (John Bishop, take note!).

And it’s there that you discover the extraordinary. It’s in there you find the magic, irrespective of whether you’re speaking to a TV celebrity or a small business owner in Huddersfield.

Because, simply, it’s a person’s ability, determination and track record of growth and forward movement which demonstrates how extraordinary they are, or not.

On the chat shows, the fascinating stories are usually those of the ‘rags to riches’ type, you know the sort. The kid growing up in some backwater, parents wanting them to get a ‘proper job’ and usually taking a dim view of the person’s wanting to act, or sing etc.

You hear about the celebrities’ grim determination to succeed, the persistence, the rejections, the failed auditions. Then you hear about the ‘lucky break’, the chance meeting and them breaking into the big time.

Often, there are then further setbacks. The drink, the drugs, the failed relationships. Then, they get back on the horse, more success, Hollywood beckons…well, you get the picture.

Sound familiar? Of course, but the underlying theme is this. The person has a dream. They turn this into an achievable goal. They set their stall out to succeed, whatever it takes. They find help, they work hard, they never accept failure, they don’t give up, they achieve their dream. Is that so extraordinary?

Well, yes and no. It’s probably true to say that people like this are in the minority. Sadly, the truth is that the majority tend to stay the same, year in, year out. Same views, same outlook, same limiting beliefs, same aspirations, same old rut.

There are a number of reasons for this, including upbringing, background, and peer pressure. But, the only real thing that is holding most people back from their own personal voyage of discovery is themselves.

As individuals, we have choice. To grow, or not to grow, that is the question. You see, what these celebrities with their amazing stories show is that it doesn’t really matter how you were brought up, where you were educated, who your parents were or what support you got. All that matters is how much you want to make positive changes, how much you want to truly grow in order to achieve your dreams.

And we all have those dreams. Sometimes we’re clear what they are, other times we’ve allowed them to become buried or consigned to the back of our minds. But they’re there and, like the chat show celebrities, you can achieve them.

The hardest part is knowing where to begin. How do you find out what you truly want? How do you then draw the map that will enable you to find your destination? How do you ensure you have the motivation and determination to succeed, and to get back on the horse when you fail?

That’s where coaching comes in. You don’t generally find out how many ‘extraordinary’ people work with coaches but it’s likely to be the majority. Because most people cannot achieve greatness on their own, they need help.

The perception sometimes is that coaching is only for the elite or the people at the so-called top, but nothing could be further from the truth. It’s not for everyone, though, just for the extraordinary!

Glass Half-Full or Half-Empty? You decide!

How to Truly become an Overnight Success