Hey entrepreneur, are you for real? 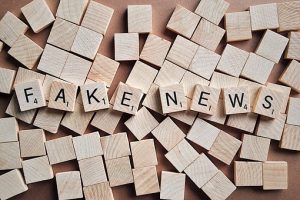 Perhaps it’s an age thing, but in a world where sometimes nothing seems for real, I’m often inclined to view modern day life through the eyes of my long-deceased grandparents. Like the rest of their generation, brought up in a world of hardship and deprivation, they prided themselves on being ordinary folk, ‘down to earth’, ‘telling it like it is’ and ‘calling a spade a spade’.

A far cry from nowadays, then, where everything is awesome, where, instead of taking a pride in understatement, we live in a society which spins, stylises and exaggerates most things, whether it be the food on your plate (try explaining what pulled pork is to anyone over 70!), what you get up to at the weekend or, sadly, the calibre and significance of you and your business.

Today, we consider it normal to have fake news. Most of us will remember that ‘spin’ and ‘style without substance’ are a legacy of so-called New Labour in the late 90s. But, and to attempt political balance, even before that, in the 80s, a Tory Lord was attributed to bringing the phrase “being economical with the truth” into modern-day parlance, during the famous Spycatcher trials.

As an entrepreneur, trying to make our way in the business world, it’s easy to slip into this modern “story telling’, a euphemism my grandma used to describe lying. “Fake it till you make it” is the cry from many business advisors. But is this really the best way of getting the reputation you want?

To be fair, most entrepreneurs are not setting out to be dishonest, they’re mainly trying to bring attention to their business, or marketing, as it’s more commonly known. But while that may be the intention, the impact is often completely different.

On any given day, at any given hour, LinkedIn is awash with business people who feel “privileged”, “proud”, “humbled”, “honoured”, “thrilled”, “overjoyed” and “delighted”, usually, when you boil it right down, for doing their job. While the intention is to demonstrate their competence (or sometimes brilliance!), the impact on their audience can often be the exact opposite of what they’re trying to achieve.

The fact is that most of these self-aggrandising posts are completely unnecessary. It’s a small world in business and reputation is everything. If you’re genuinely good at what you do, if your clients and customers really are the most important people in your business life, if you are the ‘real deal’, people will know that, because people talk. Conversely, if you’re not quite what you say you are, people will know that, too.

So, in a world of trumpet-blowing and drum-banging, how do you get noticed? Well, although they’re long gone, there was a world of wisdom in my grandparents generation and three of their philosophies are just as relevant and effective today as they ever were:

Why Procrastinating can be just fine and dandy…