Why not just use your imagination? 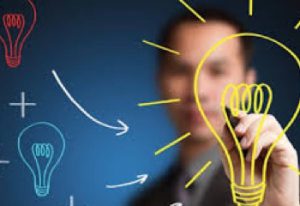 I’ve got to admit I’ve never been a fan of the Beatles. It’s probably a combination of being born around 10 years too late and, a bit like my dad, tending to stubbornly go for stuff that few others appreciate – hence my love of Prog Rock.

But I was listening to John Lennon’s ‘Imagine’ the other day and, almost unwittingly, found myself trying to conceptualise what a world would really be like without religion, possessions or countries. I’m sure it’s the sort of thing that keeps politicians awake at night (?) but it was a potent reminder that imagining or visualising a thing is often the first rung on the ladder to actually getting it.

Oh, by the way, when I talk about imagining, that’s different from fantasising. Which is probably why I was never offered the part of James Bond, although if Roger Moore was anything to go by, I’m almost the right age!

But such is the wonder of our minds, that once we begin to imagine, we’ve already begun the voyage to discovery.

Back in the 15th century, a certain Leonardo Da Vinci had what you might describe as a vivid imagination, a description also found on my primary school report. But while Leonardo was able to imagine the invention of cars, parachutes, robots and ballbearings, my own schoolboy musings never rose much above being a pirate or a spy, both professions which, in hindsight, had rather limited lifespans.

All of which goes to show, that if we turn our imaginations to the art of the possible, sooner or later, these dreams can turn into goals, and then into reality.

So, to put this to the test, imagine, for a moment, having a life that is completely fulfilling. Imagine doing work that uses your talents and enthusiasm to it’s utmost. Imagine having a fantastic relationship with your significant other, your family, your friends and your work colleagues.

Imagine what it would look and feel like; imagine the energy and enthusiasm you’d greet each new day with. Imagine what people would be saying to you, the benefits you’ve had and the impact this has had on other areas of your life.

And if you can just use the capacity of your imagination and create a desire for these things, what prevents you from achieving your imaginings? Granted, Leonardo Da Vinci had to wait 500 years for some of his visions to become reality but a more fulfilling life is available to everyone right now, just use your imagination!

If you’re already there, congratulations and please share the secret of your success! If not, why not work with a coach to help you to succeed? Now, if only there was one available nearby…

Isn’t it time to ask the killer question?

Isn’t it time to ask the killer question?