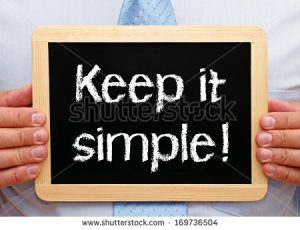 “Yes, well, now… In reply to the question, ” Suggest how you would resolve the staging difficulties inherent in a production of Ibsen’s Peer Gynt'” you have written, quote, “Do it on the radio. ” “

“Well, I know it’s probably quite naive of me but I did think you might let me have a considered essay.”

“I thought that was the right answer. I sort of encapsulated all me ideas into one line. ”

“It’s the basis for an argument but a single line is not an essay. You know that as well as I do. ”

She moves away and writes for a moment…

Michael Caine reads: “In attempting to resolve the staging difficulties in a production of Peer Gynt I would present it on the radio because, as Ibsen says, he wrote it as a play for voices, never intending it to go on in a theatre. If they had had the radio in his day, that is where he would have done it. ”

While we’re not told whether Rita’s entirely reasonable (and pithy) argument is enough to pass her literature exam I quote this dialogue as it serves to illustrate the advantages a ‘simple’ approach can have, in this case she gets to the nub of the issue in a refreshingly different, witty yet insightful way.

Indeed, the film is full of examples of how a less complicated approach to life can be revelatory, as can be seen in the character Rita’s approach to her studies, her tutors’ chaotic personal and professional life and her own ‘journey’ to being the best version of herself.

In 1960 Kelly Johnson, an aircraft engineer in the US Navy, came up with the acronym ‘KISS ‘, which is short for “Keep it simple, Stupid”. The KISS principle states that most systems work best if they are kept simple rather than made complicated; therefore simplicity should be a key goal in design and unnecessary complexity should be avoided.

In business, many leaders like to pride themselves on their intelligence and problem-solving skills. So the thought of deciding on the “simplest” solution or the “too obvious” choice causes otherwise smart decision makers to often ignore the right option. Indeed, most of us are guilty at one time or another of needlessly complicating business planning with complex spreadsheets, highfalutin words (pretentious, moi?) and ‘buzz’ phrases (my old boss liked to use cricket metaphors like ‘gone down the leg side’, ‘bowled a googlie’ and ‘pulling up stumps’).

Yet, in life and business keeping it simple is keeping it real. And the advantages are enormous. Consider these three simple reasons why:

Being understood is something we all crave. And the beauty of simplicity is that it won’t be difficult for people around you to understand what you’re all about. In business, the simpler the message, the easier for people to ‘get’ the company. Whether you like them or not you won’t have much difficulty spotting the companies behind ‘I’m lovin’ it’, ‘the real thing’ or ‘every little helps’. When you keep things simple, people appreciate it, as they relate to you much more easily.

Keeping your life simple makes it easier for you to be the real deal. How many people do you know who exaggerate their lives in some way? Social media is full of them. How much do we respect people like that? The ones who genuinely have great lives rarely feel the need to tell everyone about them. The ones who are great at what they do seldom need to list their qualifications and other expressions of their genius.

To illustrate this point spend a moment thinking about your happiest memories. Aren’t most of them the simple things in life? Being with people you love, friends, and family. Enjoying the moment, a piece of music, a sunset, the birth of your children, the smell of the summer, a term of endearment. There’s little doubt there’s a strong link between contentment and simplicity.

And how do we go about keeping it simple? That one’s easy; just have a look at the number of helpful articles on the Internet. Although, be warned, some of them may appear a little complex. My favourite is entitled ’60 ways to make life simple again’…what?

No, no, keep it SIMPLE, stupid!

Why you should trust your gut instinct

The Kids are Going Back to School…Are You?