Ssh! – Why Silence is Golden, especially in Business 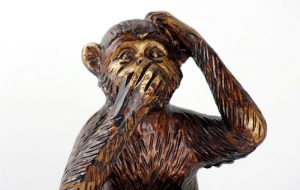 We live in a very noisy world. And in business, the noise can be phenomenal, sometimes almost deafening.

Take social media, for example. Go onto LinkedIn, any time of day or night and the noise can be cacophonous.

So many people wanting to tell you where they’ve been, who they’ve seen, who they’ve pleased, when they sneezed. All written under the barely hidden subtitle of “please do business with me”.

When networking you’ll hear lots of noise, too. In fact, sometimes it’s so loud you can’t hear the person you’re conversing with, which is relatively important when networking. So many people, each speaking louder and louder to be heard, so much noise.

And, of course, sometimes at these networking events you’re asked to formally add to the noise, to pitch, maybe for a minute or, in some cases, even less.

Invariably, people will try their best to make as much noise as they can in their allotted time. They will talk louder, they will often talk faster, trying to stuff as many words as they possibly can into the minute, often being timed out, much to their frustration (but not the audience’s!).

The irony here is that the more noise we make, the less we’re heard. When it comes to noise, as with so many things, less is definitely more!

On the other hand, silence is not only golden; it can be a very powerful tool to us as we seek to thrive in business.

For example, on social media, you don’t have to tell people, however covertly, how wonderfully amazing you and your business are. Simply serve your contacts and customers. Quietly, share a helpful article, offer a word or two of encouragement, be positive, be collaborative. Message them privately; you don’t need to tell the world what you’re doing. If you really are the real deal, people will know that, they’ll like you, trust you and, ultimately, refer you.

When networking, the single best way of building close, mutually supportive relationships is to ask, not tell, listen, not speak. I always aim to allow the other person to do 80% of the talking. Usually, they will tell me how much they enjoyed the conversation, it isn’t difficult, but it’s very effective.

When pitching or when you’re asked to describe what you do, don’t feel the need to bludgeon your audience with words. Don’t be tempted to fill all the space with your noise. Take a pause, give a brief answer. If people want to know more, they’ll ask you more. If they don’t want to know more, they’ll be grateful that you didn’t give them both barrels about your impressive list of achievements, while they gaze past your left ear contemplating suicide, or worse, murder.

From time immemorial, the power of silence has been recognised. It’s in Taoism, Buddhism and the teachings of the Bible. In a world that is noisier than ever we do well to remember the ancient wisdom.

Be quiet, take a breath, shut up. To paraphrase that well-known sage, Austin Powers (!), log on to www.zip-it.com.

The sound of silence is a beautiful sound; it’s incredible because it opens up so many amazing possibilities. Use it a little more and listen out for the magic happening!

How to Choose a Business Coach

Why Investing in People cannot be Optional